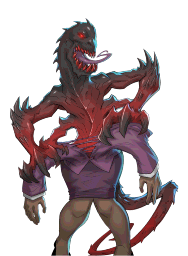 Cyrielle Rodsey prefers the idiot box, that turns those difficult to govern citizens into obedient individuals, over any intelligent audiovisual programs. "Sexy Guns", "Life with the Roots" or "Interceptor, My Life as a Cop" - all these dumb shows that are tantalizingly cruel from both a physical, psychological and sexual point of view, are all currently available on the TALKS platform. Queen of the small screen to queen of all screens, the one known as The Producer encourages the young not to worry about their neurons or how the world is run, but instead to focus on some short-lived notion of celebrity in one of her shows. And to convince Mrs. Rodsey to give you that much sought-after five minutes of fame, you'll have to learn how to double-deal, cheat and fight tooth and nail... written by player:1562710