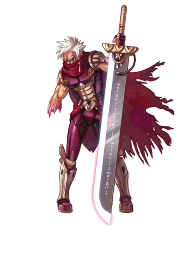 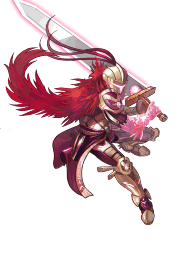 When he was still a young warrior prince, Gats had his arm amputated by the techno-priests on the pretext that the crystal seed soldered in its place would one day allow him to wield the sword forged from the remains of the legendary katana, “Last Hg”. It took many years for the crystal arm to grow but finally it bore fruit and the warrior prince was the first person in millennia to hold the sword in his hands. Ever since then, alongside his cousins Oflgn and Sekutor, he has been in command of the third regiment of the imperial army, although actually he prefers to travel incognito into Clint City and annihilate the enemies of the Empire with his bare hands.